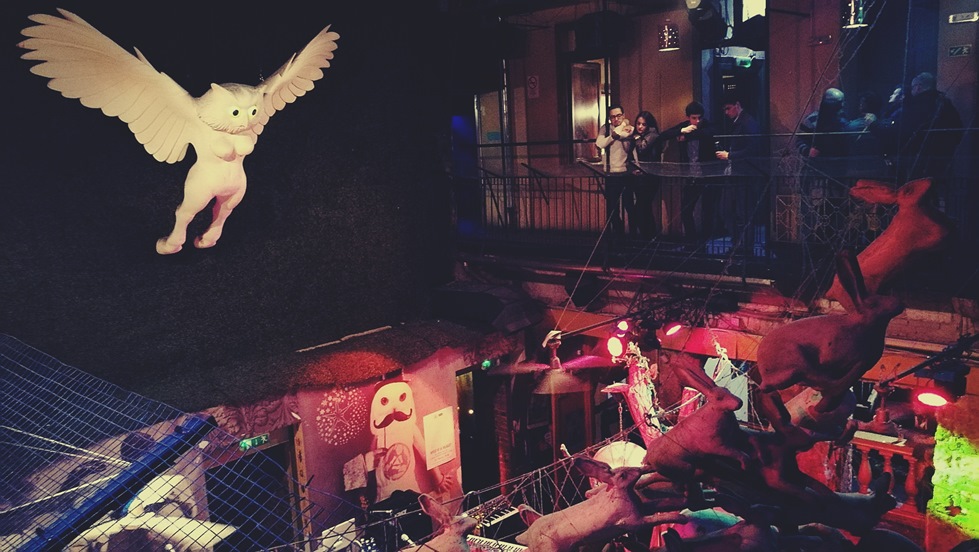 When in Budapest such a significant, well-known and popular night life “cave system” like Instant is about to move away, to change, to unite, to renew is not something I can remain silent about. Doesn’t matter if we call it a club complex or a ruin pub…

When it came to ruin pubs of Budapest or a party place to spend the night till the sunrise Instant was among the default answer for several years even on weekdays. If you ask random young people who visited Budapest within the last 8 years, I am pretty sure you would face the fact that lot of them have been there. You simply couldn’t avoid Instant. Despite this, it never was just a typical touristic spot but beloved among Budapest citizens too. I won’t pretend now that Instant belonged to my personal favorite places to go as well. My relationship with it was rather based on distant respect, than on personal sympathy. I’ve honored it, I’ve always recommended it proudly to foreigners, I was pleased to note its presence in the Budapest pub and party scene.

This doesn’t mean that I didn’t like it personally at all. I loved it in its calm periods, especially in the afternoon hours of my English lessons back then. I loved its reflection in the eyes of the impressed wanderers who have found their way there. I loved to be able to pay attention to the detail of the design, to dive into this crazy world of deformed owls, rabbits and other creatures. I didn’t love it this much in the rush hours when I could hardly move in the crowd or when I couldn’t find my way out of its multiple level labyrinth. Neither then when I had to make a detour to the cloakroom forth and back. Sometimes even from the wide palette of music genres I had a hard time to find my preferences or to find the room where they were playing. This is only my personal story with it. Of course, I also had a lot of good, remarkable or funny memories there in the last years. And even when I haven’t have a good time there for any reason, it was good to witness that other people do. I was always sure whenever I recommended it to tourists who seemingly matched this style that they will be satisfied and will tell something good about it back at home. I was pleased to see all the time when I passed by that the party is still on and there are furthermore dozens of people there. At nights it was a solid, always vibrating base of Budapest and the soul of the further part of Nagymező street. What will this street section become without Instant? I kept my fingers crossed for Instant to not move, when I first heard the rumors. I was think on this possibility as a mercy killing to the street where in the last time many pubs and bars come and go or struggle. Instant still kept it going, but what now? I am not concerned about the future of Instant at all. It can benefit from the union with Fogasház (other popular ruin pub and a melting point of different clubs) and they together can turn the new location, the more and more lively Akácfa street into the new main street of the 7th District pub quarter. I am more concerned about the former location.

The inner part of Nagymező street is treffered as the Budapest Broadway. I don’t think it will ever change, but after this tidy decorative paving part, maybe the formerly vivid street will loose its charm of being a pub street and become a sleepy every day lane, despite the central location. Of course the residents won’t mind, what I can understand. But I personally was happy to have formerly this second Pest side kingdom of pubs and clubs besides the seventh district.  Unfortunately many of them closed, moved or don’t really find themselves recently.

I don’t take anything determined. I will return time to time consciously to have look are how the area has changed. I returned to the last evening to Instant as well to say goodbye to the previous appearance of a living legend. Fortunately, I made my way there early enough to witness it as I liked it, in the calmer hours, before the enormous crowd of the farewell party showed up. Here are some pictures about its more peaceful face: We’ll meet again in the next place!