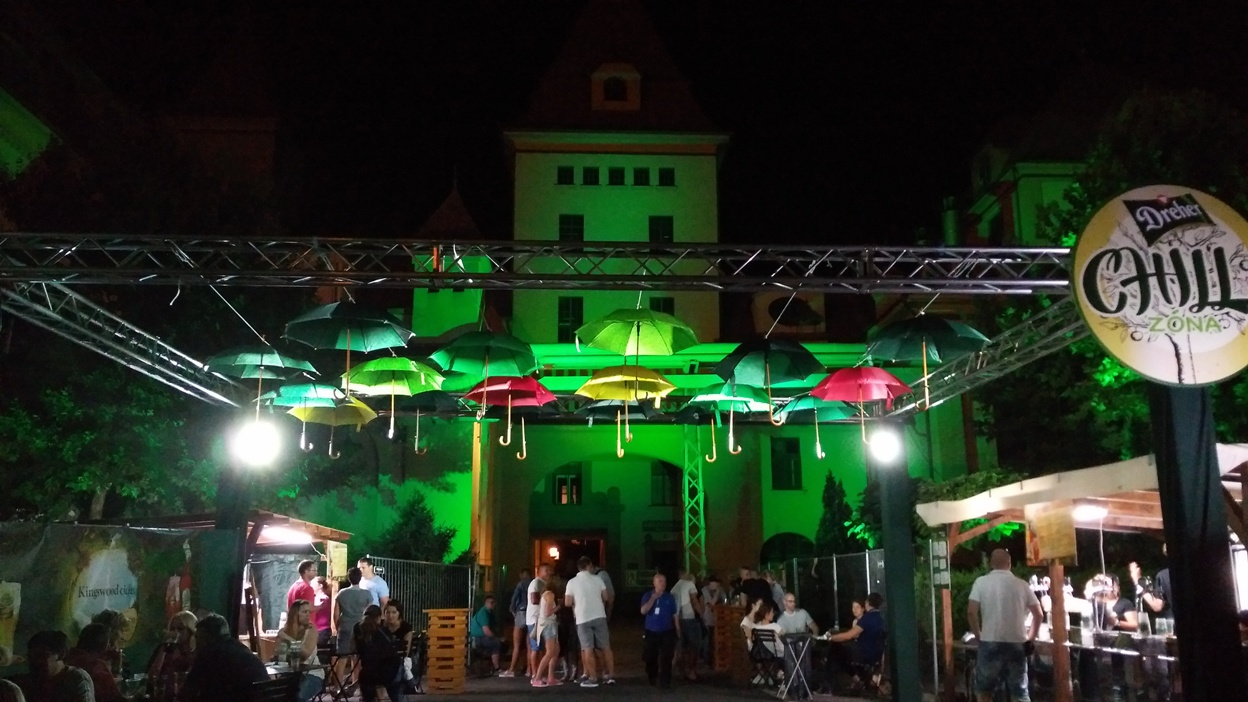 Budapest has cool beerfestivals also this weekend. I returned to our outer 10th District, Kőbánya which is famous about historical beer producing. There is a big industrial park for our biggest beer factory, Dreher Brewery. Dreher is the family name behind the beer. This family is rumored to be the one, who invented the very first lagerbeer in the world in 1840 and Dreher is the most famous and most basic Hungarian beer. I visited there area for the first time. I was amazed how huge it was and what a show they achieved. This is their third time, and this year it lasts for two days. There are stages, performances, many people, festivalfood and dance, but the biggest hits are the unique Dreher beers which aren’t available in retail, they were made especially for this occasion. The Dreher Red was especially delicious. I cheer for it to get to the stores and pubs as well. Actually I liked all the other beers I tasted (Hidegkomlós Tanksör, Amerikai Komlós és a Dreher Legend) The festival convinced me to write it into my 2017 calendar in advance and I added this scene to my bucket list to return once during the day and get familiar with it for real. Whoever is interested, the show is still on on Saturday. If you go, prepare 2000 HUF for entry (one beer included)