Home » The opposite ends of Lake Balaton #1: Keszthely 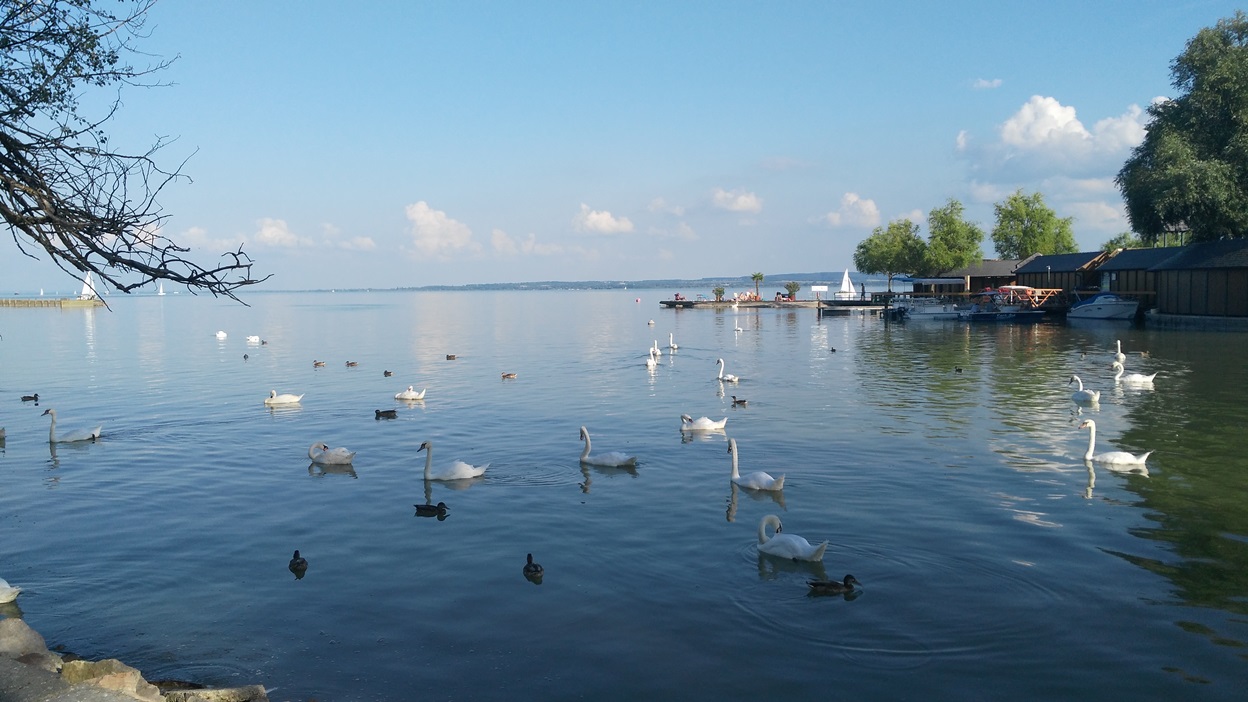 After the eventful discovery of Siófok, I stopped by two more times last summer and had a closer look at the pub life of two other towns at Lake Balaton, the largest lake of Central Europe. Keszthely in the northeastern corner and Balatonvilágos in the southwestern corner were two very different experience. Lets see the first one!

Lake Balaton was always a popular tourist destination, especially in the communist era but in the last years it started to shine in a new 2010’s glory for Hungarian and foreign visitors too. Keszthely with ca. 21.000 inhabitants is the second largest town on both shores of Lake Balaton after Siófok. Besides the beautiful Balaton shore it has a tidy city center, recently renovated one and a famous castle with a big spectacular visitor park. For me, this place is special because it was the closest city by Lake Balaton to my hometown when I was a child. I had so many experience for the first time here: the first bee sting, my first hot-dog with ketchup and I felt here for the first time how burping after drinking coke can hurt my nose. This is also the place where I made my first gastronomical observations. I realized German and Hungarian tourists very much prefer to eat Debreceni sausages with pickles, mustard and a big hunk of white bread.

The former row of pavilions is still standing. It has changed a lot but it still brings back old memories. I can’t get bored of the Balaton shore either with the many swans, willow trees and the unique look of the municipal beach, it is a mixture of all ages. I had the luck to arrive to Keszthely when a beer festival was in the town. I headed to its direction. On my way I realized some of the new fountains and statues of the city. In the background yous see legendary old hotels, the “Balaton” and the “Wave” The statue of Ferenc Csík a former swimming champion

The festival wasn’t as lively as one in Budapest would be this time the year and this time the week but it is very good to have one at Lake Balaton too. There was a very interesting presentation about the history of the beer in the performance of Hungary’s favorite beer historian, Csaba Katona. He speaks about beer like a stand-up comedian. And you can learn a lot while having a great time. I am a big fan of his work. It is too bad that he doesn’t have an english counterpart. After this I went on to track down the most recommended local place, Club 512. It was formerly in downtown. Now it took root in the territory of the beach. This is how it looked in a sleepier moment on Firday afternoon. There was no problem with it at all but most probably it didn’t get legendary after the current form. For the first sight it looked like any other beach buffet, but for me it was a nice experience. The girls in the bar were very kind, they kept an eye on my phone while I went into the water and I had a gyros with remarkable fresh tzatziki next to my spritzer. The origin of the pub name is interesting too. Imagine a hand sign to every digit:

At Sunday night I tried to hunt down the second most recommended pub, Ánizs (means anise) in downtown. It is operating for 18 years now. Riki in the bar told me that this is one of the 8 last glorious pubs of the town. Rumor has is that once Keszthely was full of small, traditional pubs but many of them fell victim to the refurbishments and the tourist profil – the guests said. Unfortunately I couldn’t see the closed ones anymore but for my next visit I added to my bucket list to see the remaining 7 pieces.

Matróz seemed to be a regular-headquarter that even represent itself as “Keszthely Zoo” on the wall. The guests were receptive to me, they even took me along with them to the next pub on the row of pavilions close to the beach. We had to go forth and back through the dark Helikon park. Csaba Borozó was a popular retro wine bar with a quite attractive atmosphere for tourist and local people at the same time. Sitting in the night with a glass of spritzer on the scene of my childhood Lake Balaton afternoon made my night too. I continue the story with Balatonvilágos