Home » HOW IT ALL BEGAN – PART ONE: The first station zero – Maxi bar 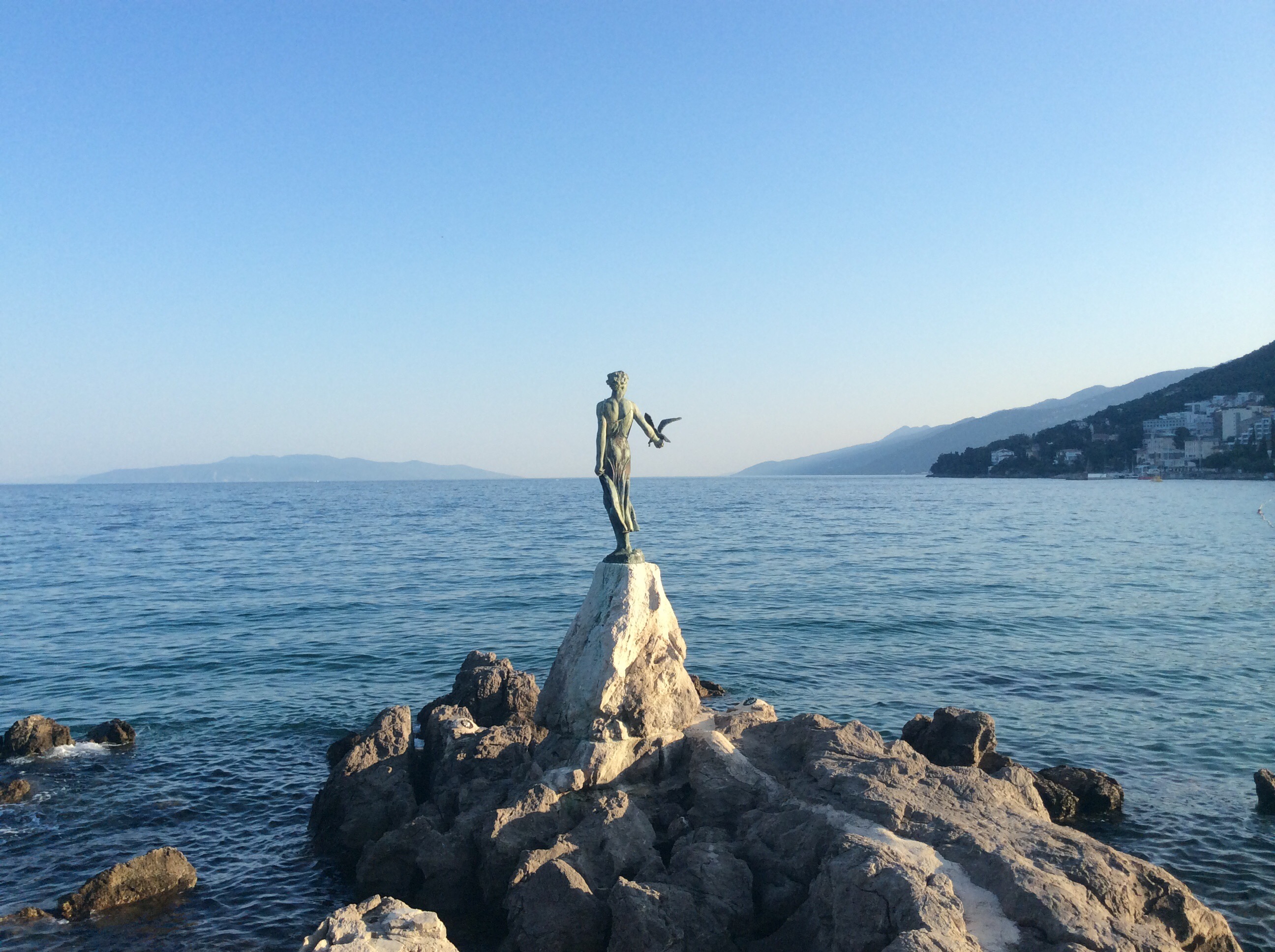 Most people ask me how did I come to the idea to start a blog about pubcrawling. The answer wouldn’t be complete due to only one reason, although so many rivers of my life ran into this direction, and once they met, they created this idea with an immediate yes on it in my mind. It was a progress, not a moment, but like always one story ruled them all and that story went like this:

I was in Croatia, quite spontaneously on a four day long trip, in half Hungarian, half Croatian company. We were on a tour. Not on a pubtour, on a citytour. We visited three places: Crikvenica, Rijeka and Opatija.

The last town I adored in total: But Opatija also had that typical tourist street, which I didn’t feel any chemistry with. In my perspective, it was set up for the imaginary average tourist person’s needs, looked like some shooting scene made of cardboards. To the size of the town it ran too long and determinate. Whenever I enter this type of streets I can hardly wait to exit. I was looking for an oasis, the exception of the rule. I knew that it was going to exist and that I will recognise it when I find it.

It was called Maxi bar, a small bicycle leaning pub. In spite of being on the main street, it remained outside the spotlight, rather with the intention to stay hidden from the tourist flood, but for those who have an eye open for this, the recognition was granted. At first we went there at night. Its specialty is the outer counter facing the street, turning the back on the bar. There was even a performance. In the – most probably closed – place across the street some people played the guitar and sang for example One Republic – Counting Stars and I also found the sought Oasis in the songform of Wonderfall. From the Maxi bar, like from a theatre box we watched the act. On our request the pub owner, Ante shot a video of the happening. He jumped around us with careful cameraman moves and he seemed to make a very original masterpiece, except pushing the record button before. He gave us back the camera with such a big smile that I didn’t want to ruin his happiness by telling him the truth. So for the first time in the history, I reveal to the public this way, that no record of this scene was ever made. This didn’t destroy the further enjoyment of course. We went back gladly next day. They watched out for my phone while we went to the beach. My holiday photos climbed online from their closet.

We asked for a mug shot glass as my birthday present, because it is very rare in Hungary and they wanted to give two immediately. Their hospitality was priceless. I drank the rakija* and the coffee slowly just to stay longer. Although there wasn’t any street music during the day, but as compensation we could completely see till the sea from the terrace. And the guests? The guests were something. We returned multiple times that day to check up on the phone, to drink and to have some chat. Everybody was interacting with us. There was a rich, but not crowded publife. Elegant local retired women lined up, sitting at the counter. The Budapest type of them seems to have only live community life on a bus, from point A to point B, which they spend with complaining and cursing among themselves or loudly alone to anybody who is listening. The old dames of Opatija were friendly and cheerful. They taught me Croatian and were happy about my existing knowledge. They told me stories and they asked me questions. Nobody was worn out and everybody was smiling. That time I still put this recognition into frame, but this place wasn’t collecting lifestyle alcoholics, but people speaking above a summer breeze, residents spending time together, guests who were having a break during the day. The wider pub society picture I started to draw only later within and outside the borders of Hungary.

To Maxi bar we had to say an extra goodbye with heavy heart at the end of the holiday. We went back to promise that we will return someday. That time I still couldn’t promise that once I will write about it as Nr. zero post of a quite big collection in my future blog. The whole idea came later, but on that day Maxi bar made me already thinking: what a treasure is a small pub in the middle of a tourist-reservation, which isn’t a tourist trap at all. On the contrary it turns the back on the trends. It is for the locals, it lives from the locals, and from and for those few vagabonds like me. But for my type, once we enter, it is more hospitable than any spectacular tourist magnet ever could be.

When I returned home, I told a lot to my friends about Maxi bar. We started to collect the features together, how we can recognize this type of spots on holiday: we should look for the bicycles leaned to the wall, we should seek the pubs with dogs, and we should go there, where the elderly people go. I made my decision, that from this moment on everywhere I go I will find the local Maxi bars. And no, I didn’t decide yet to write about them.

← Why pubchemistry? HOW IT ALL BEGAN – The second station zero: Borpatika, Hévíz →

One Reply to “HOW IT ALL BEGAN – PART ONE: The first station zero – Maxi bar”