(More than) 80 pubs around the world 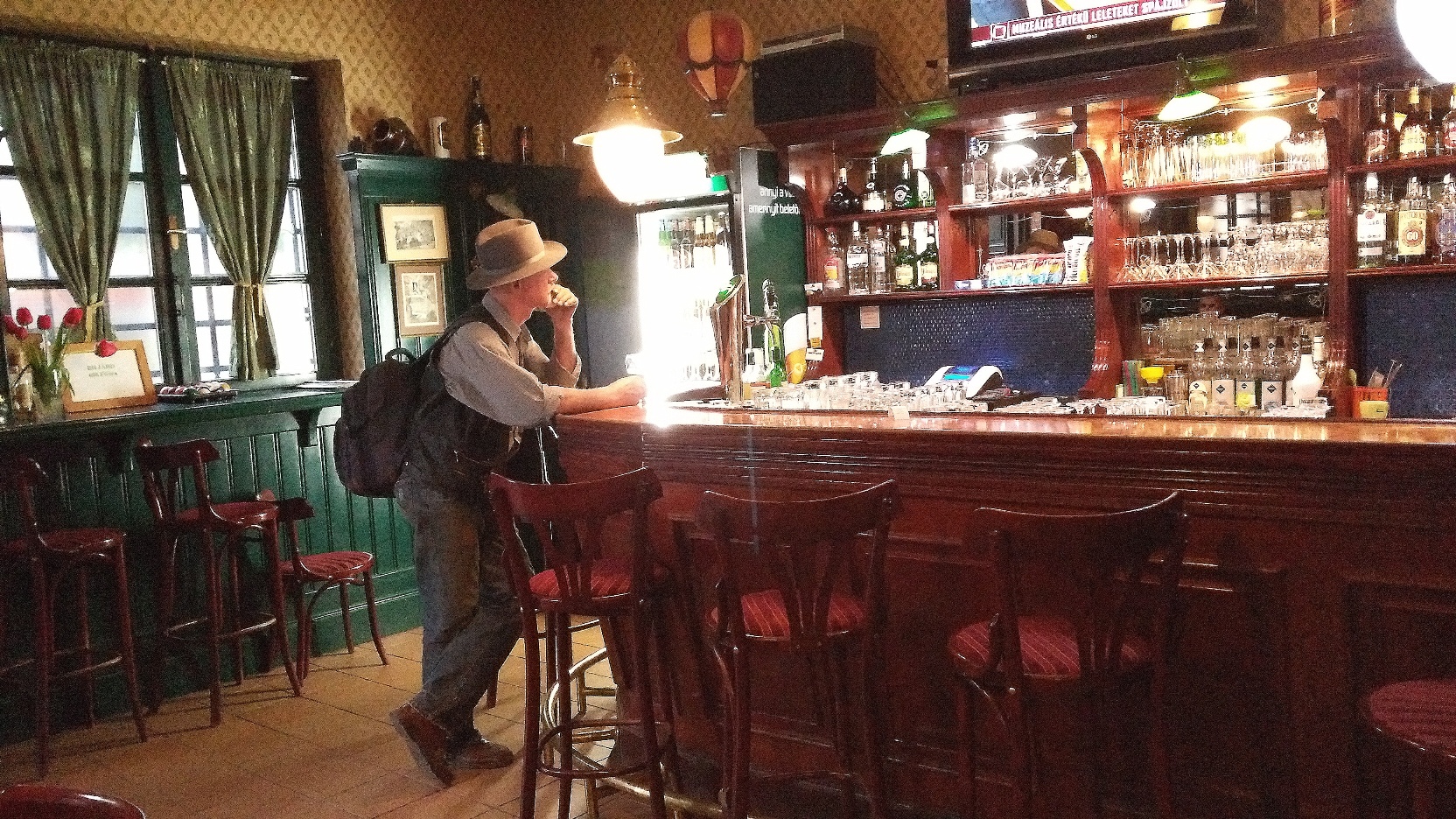 How can you meet in the Budapest nighlife the city’s oldest youth choir? How can you catch an English bar singer perform an own song based on only one Hungarian word, the ‘petrezselyem’ (parsley) from a corner, just accidentally? How do you get to know the shocking urban legend of the dildo hanging down from a pubceiling? How can you sit among Russian tourists who play the piano and sing to an almost empty six lane street at 2 AM? Just crawl from pub to pub, keep your mind clear and keep your eyes and ears open! And open your mouth as well, whenever you curiosity pushes you from inside to do that!

For the start I want to define clearly which establishments I am about to call a pub in this blog: anything with a useful, at least additional PUB function.

This name can include here the bar of a quite elegant restaurant like this, a billiard hall where people drink during the game, a pre-gaming bar of students, an almost exclusive (but not yet) artist club, the tribute pubs to any nation’s stlye, and the silent backstreet’s adult daycare-like community taverns either. The point is to have an own charisma, a unique mood and especially to have life in it. I won’t report about any pub where the bartender plays Angry birds all alone on his smartphone, doesn’t matter how cool the insides look.

From the two most common terms for drinking venues, pub or bar, I picked “pub” consciously. The origins of this word (comes from Public House) express more my main concept, the social function, than any of the bar’s three or more possible etymological and historical roots.

I have two main columns:

Pubadventurer, which describes you the tour istself, the exploring, the pubareas, the already checked or recommended rout of pubcrawling.
Pubchemistry, which zooms with my magnifying glass on the outstanding pub experiences of my tour.

My Pubchemistry concept is the imaginary stranger’s perspective, who arrives for the first time into a town or part of a big city. Which pubs would be worth the not refundable minutes spent there, when having just one occasion? They should be remarkable for something, for something good.

I write after careful preparing: I visited more than 410 pubs intentionally, before I started this blog. Those include 4 countries and 17 settlements. I had a more than 180 pages long notes and plans, two additional exercise books and talked to countless guests and bartenders. Despite all, this is only the beginning of the exploring even for me, because the whole picture gets richer, wider and more detailed during the progress.

It is very important, that this collection isn’t really about the alcohol, but the pubs themselves. I picked the wickest drink of all as basic poison to my tour, the Hungarian “hosszúlépés” (it is one type of our spritzers = fröccs, with one dl of wine and two dl of soda. The name means the long step.) There could be some examples, specialty drinks in some places, for example the so called “Pinky” shot coctail in the El látó bars in Budapest or handcraft beers in handcraft brasseries or the exploration of new nation’s beers in the smallest existing portion.

It’s also important that I don’t do a database as first priority, I don’t copy drinking menus into online document sheets. I am about to transfer pub-experience and atmospheres.

The focus is outside the glass →