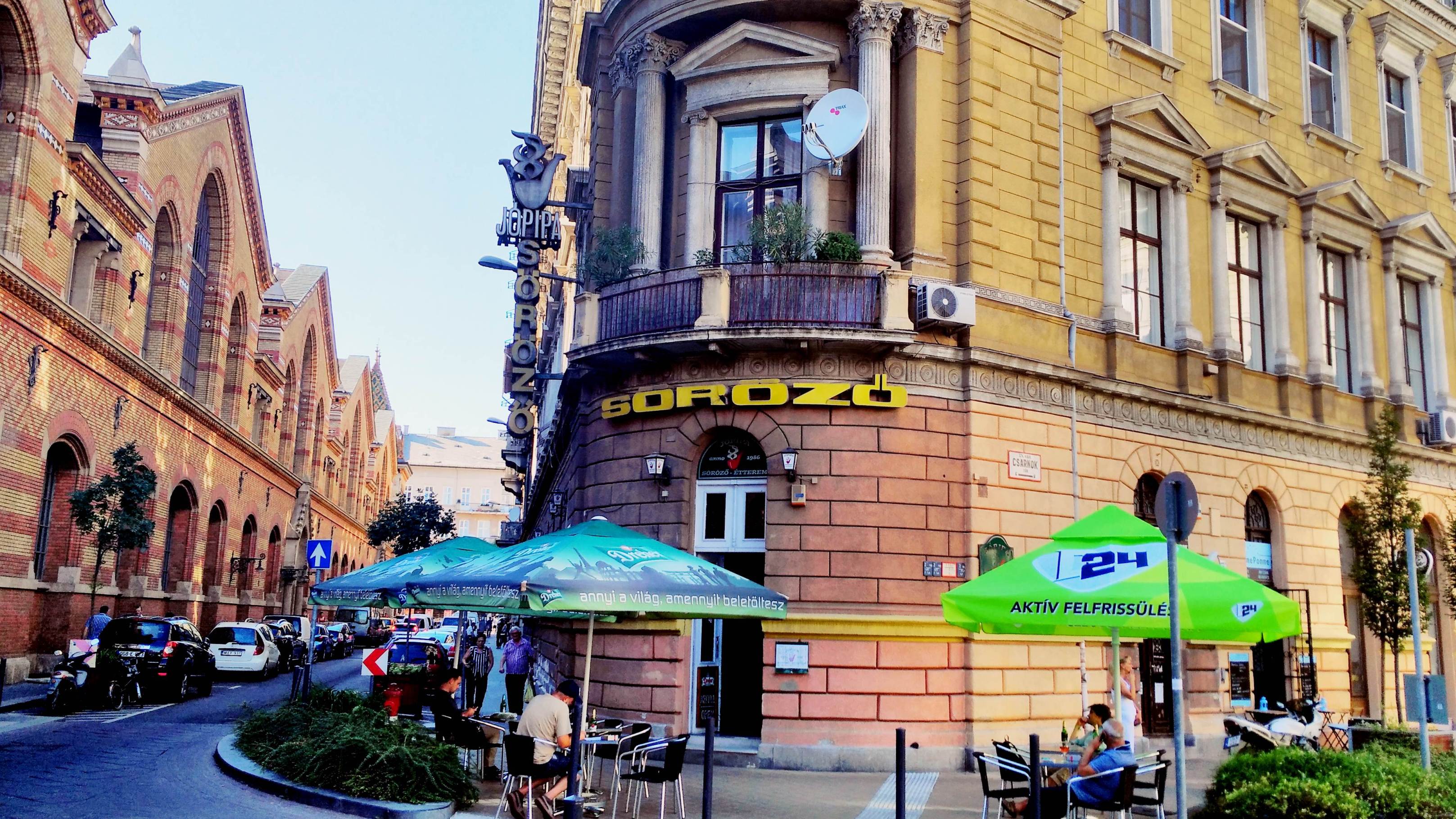 If we are about to see the big picture of Budapest’s pub life, we shouldn’t concentrate too much to the small details first. It is too various, and the many types of drinking venues we have fragment it like a puzzle. Because of that I only give you a few hints for a start, and the future reviews will guide and help you put the pieces together.

While I am writing these lines, I have already visited 303 pubs in Budapest. And I skipped so far districts 15-21 and District Twentythree (total of 23) completely. The experiences of the outer districts I collected so far in the suburbs Dunaharaszti, Pomáz and Budakalász) and in Kőbánya, District 10 and Budafok, District 22. My definite mission is to explore all districts dynamically.

It is useful to know about Budapest that not all (of) its districts seem to have a characteristic pub life of a capital: only the 1st, 2nd, 3rd, 5th, 6th, 7th, 8th and 9th districts’ significant part and the inner areas of 11th, 12th, 13rd districts. In the outer parts of the previous ones and in the 3rd,, 4th, 10th, 14th and 22nd district we have to walk for a surprisingly long distance to get from one place to the other. We even have to wander longer than we do in a small or medium sized town, because for these locations the easy access to Budapest’s city center is an eternal rival.

From the central districts the 6th and 7th ones are the most emblematic. We are faced with a new era of pubs in the last century and all the trends are spreading from here to the outer districts. The area inside the main ring road of the Seventh District has all the right to call itself the party quarter for years. The Kazinczy street which became originally famous of the Szimpla kert, the first popular ruin bar, counts only till 53 building numbers and has nowadays ca. 40 pubs, bistros and restaurants all together. The current default altar of Budapest Night Life, the Gozsdu udvar is also to be found in this location. It’s another fact to remember that the Seventh District and Sixth District are the places with the busiest nightlife till dawn in their famous-infamous ruin pubs and the smaller ones with a closed space. The Fifth District lives an elite own life from pub perspective, with some surprising exceptions, which will be even more interesting to write about. The 8th and 9th districts are caught up wildly. The 8th is especially one to pay attention to, because it is full with interesting, pleasant, remarkable pubs and small pub quarters in the area of Rákóczi square, in the beginning of Baross street, in the lane of Krúdy street. We can predict that the current times are only the beginning in the revival of District Eight. In the 1st district, and in the inner areas of 11th, 12th, and 13th district there are very precious pub quarters without any intentional concept but with quite a few competitors. These areas have the charisma, but they are only worth to visit in prime time, because expect few of them they are going to sleep too early. They close the door mostly at 10-11 PM and they have a day off on Sunday, and they take these rules seriously. Buda’s Pest is in 2016 the spectacularly progressing Districts Two. Here are the most pubs to be found on the more silent side of Danube and also the longest open or non-stop drinking venues of Buda. The Second District is huge and its outer parts don’t have a rich pub life at all, but only the inner area is as big as the as a normal central Pest district and even more crowded, sot it remains a meaningful spot on the map.

The Third District with its one pub per one stop suburban train pub crawl possibility and in the summertime with Római part (=Roman Beach), which is Lake Balaton atmosphere tribute keeps afloat, but not even in the most central part has a crowded pub area, but some of the few units are very surprising in return. I could stop the queue at this point, because all the other districts or district parts that i know lacks a decent pub area, but I don’t stop. Every district has that one or few pubs which make them worth to visit directly. In many cases in such areas where we wouldn’t find them without getting a review from a friend or looking for them on purpose like I do. And my mission is to bring you these pubs too to this blog inside and outside Budapest as well.

← 2nd stop, instead of Sissi Kávéház és söröző: Green Caffe and bar – A 90’s confectionerey on the carnival of pubs Three-sip espressos in Italy →